The History of the Church

The oldest part of the church is the base of the tower, which is 13th century. In the 1300’s the chancel was built. The first recorded rector was Richard Cokethorpe in 1306, followed by Richard Sekhesteyn in 1330. In the 1400’s the nave was built. Also the 15th century font was erected.

In 1406 Nelonde St Peter and Wreningham St Mary united with Wreningham and in 1540 Nelonde St Peter was demolished.In 1508 a project to purchase church bells started and in 1552 they had 4 bells in the tower. Not a lot is known about these bells, but we know that in the early 1700’s they were recast.
The treble bell weighs 2cwt. 3qtrs. 131bs. The second bell weighs 3cwt. 3qtrs. 121bs. The third bell weighs 5cwt. 0qtrs. 171bs. The third bell was originally cast by Brazyer at the.Norwich Foundry in the 15th century and was inscribed QUESUMUS ANDREA FAMULORUM SUSCIPE VOTA (we pray thee, Andrew receive the vows of thy servants). This bell was recast again in 1878 by John Warner and Son London.
The tenor bell weighs 6cwt. 3qtrs. 241bs. and is the heaviest. Apart from these bell projects, there may also have been one in 1852-3 when the tower fell down and the church was restored.

The silver chalice weighs 9oz and is marked Towne of Wrenynham 1567. The registers date from the late 1600’s.
In 1740 the brickwork in the chancel was completed. In 1852 the tower collapsed, but the lower part seems to have escaped much damage. 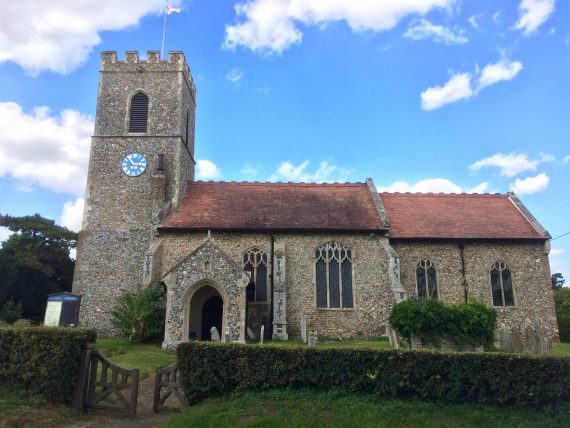 The porch was rebuilt after the fall of the tower, inside the porch the walls are whitewashed, except for the top of a long seat which is of brick.

The door is made of oak and has a big iron handle and latch. It is an arch shape, but is not decorated.

The font is a 15th century stone construction and the design is simple. It has 8 sides and contains a circular baptismal bowl. The bowl has a plug at the bottom to let the water go. The water which of course has been blessed, can only be disposed of into consecrated ground, so the water goes out through the plug hole at the bottom and straight into the ground.
The cover is made of wood with an iron handle. 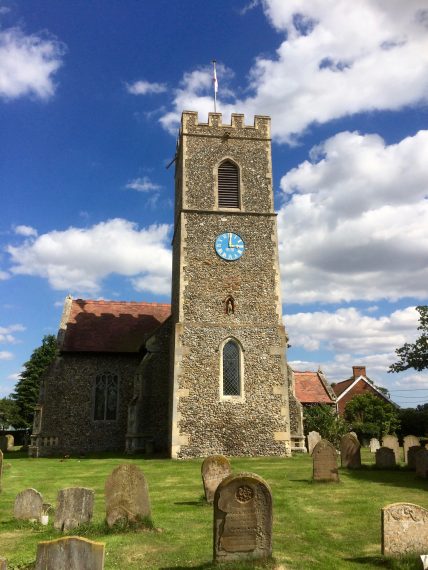 The organ is situated in the north transept. The organ was originally purchased from the Brocklebank Institute Chapel and installed in 1956, by Storr of Costessey. The old organ which was originally from Tacolneston, has gone to Lincoln Cathedral. The organ was overhauled in 1975 by Messrs Boggis of Diss.This included the building of a new swell pedal (board). 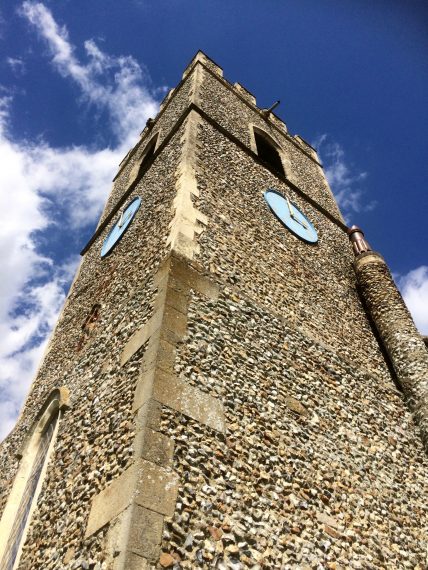 The two church clocks were installed on the west and south sides of the tower in December 1999, this being the Wreningham Village Millennium project. 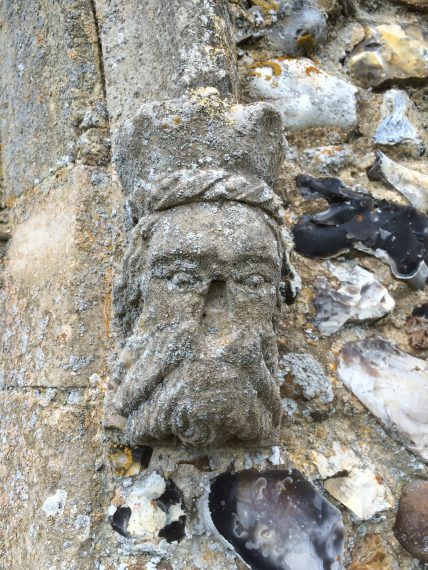 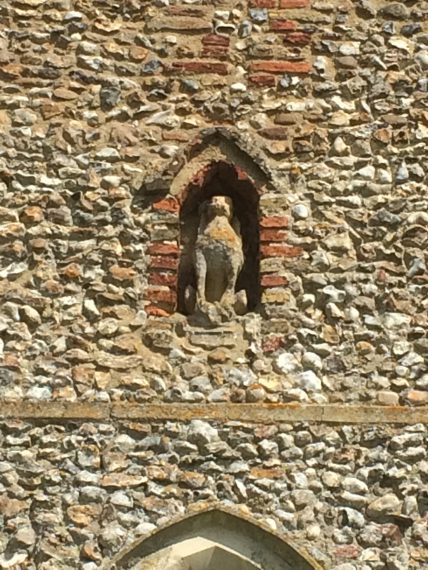 There is a small brick niche above the west window with a decayed stone figure of a griffon. It may not of always been there. After the tower was rebuilt the rest of the church was restored. A north transept was added. The old windows from the north wall of the nave were re-used in the transept’s east and west walls. Most of the church was renewed. In 1887 two south nave windows were installed in October for Queen Victoria’s Golden Jubilee.

The pulpit was renovated in the Victorian era and Jacobean carvings can be seen. 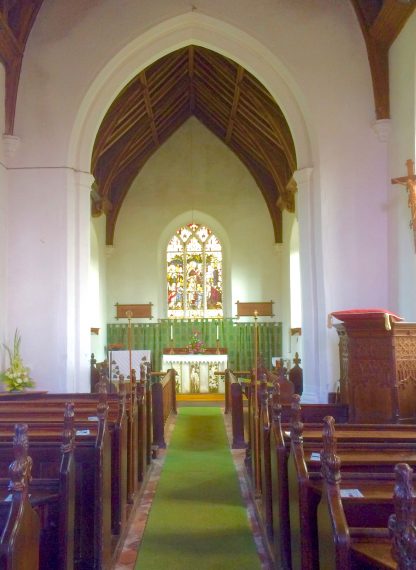 In 1889 a new lectern was provided as a gift from Reverend A.W. Upcher. This lectern is made of wood. It has a quilted embroidery covering the place where the Bible is and hanging over the back.
The picture on it is of ivy. It is quite a simple picture.  On the Bible is a long bookmark that is white and yellow, with a cross at the bottom.

Made of wood and has a golden velvet cushion.

Poker-work is done with a red hot poker. The one to the left of the altar says “Surely the Lord is in this place” and the one to the right says “This is none other than the house of God”. They were made and given by Miss Hopkins.

The East Window is dedicated to Rev. A.W. Upcher. This is a very colourful window showing Palm Sunday with Jesus on a donkey. At the bottom of this window are the words: “To the glory of God in the memory of Rev. Arthur Wilson Upcher 43 years Rector of Wreningham & Ashwellthorpe at rest June 11th 1896.”

Covering the Altar is a quilted embroidery frontal made by local women in 1984. There are seven panels on the frontal and three have pictures. The picture in the middle is of grapes hanging over bullrushes. The one to the left of this is of lilies (meaning purity). The one on the right is of ivy hanging over holly. The frontal and the cover for the Lectern were the work of Mrs Elizabeth Brook and friends,

This memorial is dedicated to “John the son of John Goddard Rec. of this Parish & Elizth his Wife was Born April 2nd and died May 7th 1739”. John was the first of four children born to John and Elizabeth, all died in infancy. 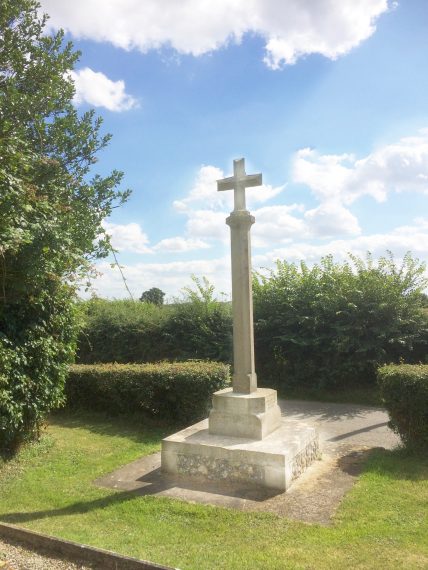 The Saturday and Sunday Blog is your source of ideas for the perfect family weekend, days out and holidays with children.