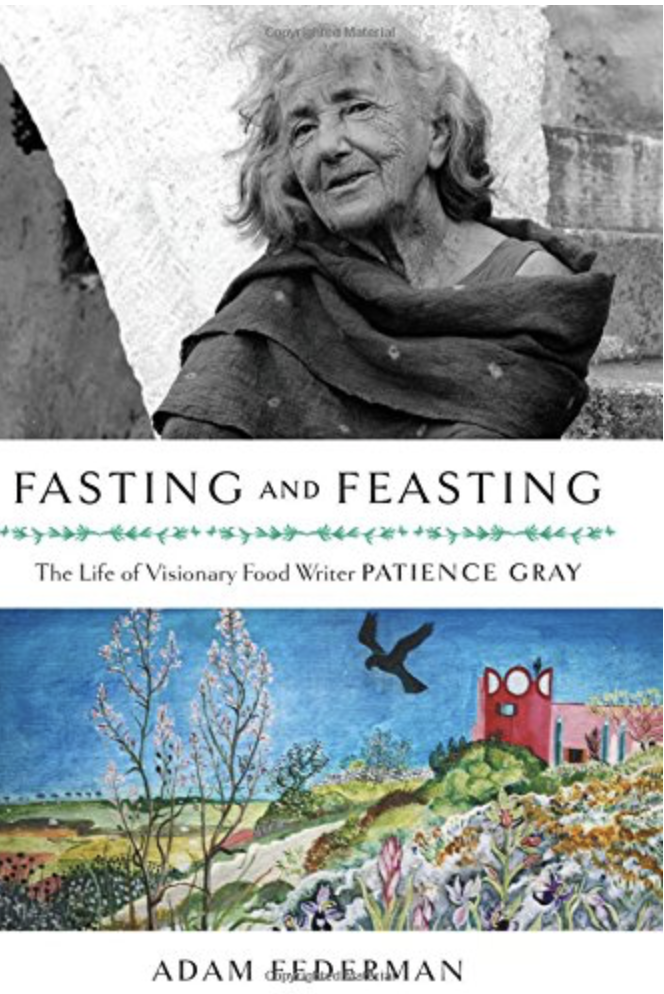 Honey from a Weed: Fasting and Feasting in Tuscany, Catalonia, the Cyclades and Apulia

This popped up in the Amazon best sellers last week which caught my eye as it was published in 1986. It’s a food lover’s or cookery classic that everyone who is seriously interested in cookery should have read and have on their bookshelves. It has received more publicity in recent weeks and been rediscovered by a new generation thanks to the publication of Patience Gray’s biography.

For more than thirty years, Patience Gray–author of the celebrated cookbook Honey from a Weed–lived in a remote area of Puglia in southernmost Italy. She lived without electricity, modern plumbing, or a telephone, grew much of her own food, and gathered and ate wild plants alongside her neighbours in this economically impoverished region. She was fond of saying that she wrote only for herself and her friends, yet her growing reputation brought a steady stream of international visitors to her door. This simple and isolated life she chose for herself may help explain her relative obscurity when compared to the other great food writers of her time: M. F. K. Fisher, Elizabeth David, and Julia Child.

So it is not surprising that when Gray died in 2005, the BBC described her as an “almost forgotten culinary star.” Yet her influence, particularly among chefs and other food writers, has had a lasting and profound effect on the way we view and celebrate good food and regional cuisines. Gray’s prescience was unrivalled: She wrote about what today we would call the

Slow Food movement–from foraging to eating locally–long before it became part of the cultural mainstream. Imagine if Michael Pollan or Barbara Kingsolver had spent several decades living among Italian, Greek, and Catalan peasants, recording their recipes and the significance of food and food gathering to their way of life. 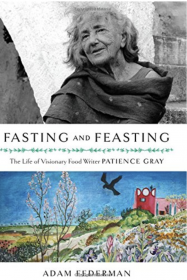 In Fasting and Feasting, biographer Adam Federman tells the remarkable–and until now untold–life story of Patience Gray: from her privileged and intellectual upbringing in England, to her trials as a single mother during World War II, to her career working as a designer, editor, translator, and author, and describing her travels and culinary adventures in later years. A fascinating and spirited woman, Patience Gray was very much a part of her times but very clearly ahead of them.

The new biography was reviewed recently in the Spectator. 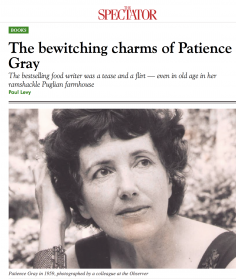 The bewitching charms of Patience Gray 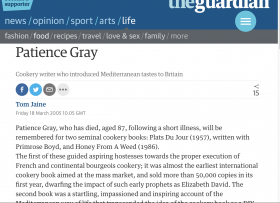 The BBC Radio 4 Food Programme also did a whole programme recently on Patience Gray and interviewed the author of this new biography. 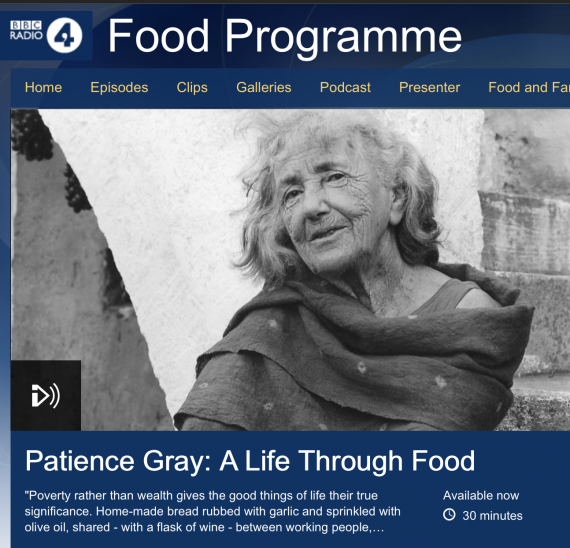