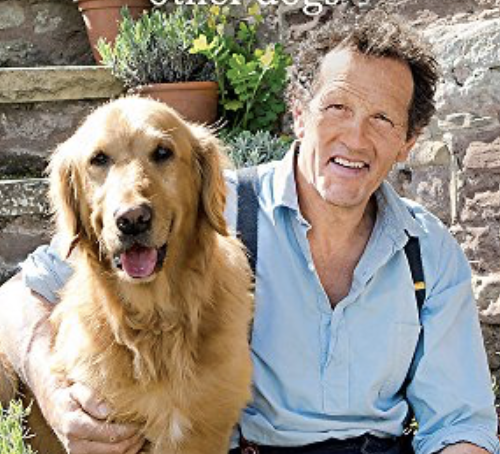 Monty Don was interviewed by Martha Kearney about the public reaction to the death of Nigel.

MK: The time now is 22 minutes past eight. “Rest now old friend see you the sweet bye and bye”, the farewell words from Monty Don to his golden retriever who has died. Fans of Gardeners’ World will know Nigel who often featured on the programme padding around that famous garden at Long meadow, well we can now talk to Monty Don the presenter of Gardeners’s World, good morning.

MK: You’ve had quite an extraordinary response haven’t you from viewers, from the audience about the death of Nigel.

MD: Yes, tens of thousands of people have, have responded and you know I literally have not been able to read all of the messages let alone reply to them. It’s clearly… I knew he was loved wherever I went in the world people would always say you know where’s Nigel? I’d walk onto a plane and the flight attendance face would drop and say oh haven’t you got Nigel and, but this is extraordinary and clearly very moving.

MK: And you’ve written about him, you said “Nigel exuded a kind of existential innocences based on a combination of absolute trust and limited brain power”

MD: (Laughs), Well he was a bear of slightly limited brain and what he had was this absolute sense of purity, you know, he exuded a kind of unsullied innocences and it’s, we all love our dogs, everyone thinks their dog is special but I’ve had lots of dogs and there was something special about Nigel and it’s really hard to put your finger on it and apart from that he loved the limelight, we never really wanted to include him in Gardeners’ World but he always found the light, he always found the spot and he’ll come out with me in the morning at half past seven and stay with me all day and wait for his call and just steal the scene every time, every single time.

MK: And he was much more to you than a campion in the garden, you’ve spoken openly about your depression and you’ve said a dog is an incredibly good way of getting you through those black periods.

MD: Yes I think, if you suffer from any kind of mental illness it could be depression or anxiety or anything having someone to look after who returns that attention with completely unqualified love is very powerful, it’s powerful medicine, and it’s just the basics, if you have a dog you have to take it for a walk which means which means you have to go outside, you have to put your boots on, and put a coat on and as anyone listening knows when you are depressed you don’t do any of that, you get out of bed, you eat badly, you don’t do what you are supposed to do, you don’t do what you want to do because you don’t really want to do anything and so on and so for. Having a dog that needs food and water, walks and attention and who just loves you is extraordinary. And I think one of the things moment there is a sort of simmering level of anxiety and people are being very brave and resourceful but at the same time everyone is scared and anxious and pets, and in my case dogs level that and hold it steady they tie you to a better reality and I think that for all of us that happens and for the millions of people who watch Gardeners World clearly Nigel was part of that.

MK: And for you, this was a loss the way you’ve been speaking about the unconditional love this is a loss as if it were of a very close friend.

MD: He was, that’s exactly what he was, a member of our family and there a great big Nigel shaped whole in our lives but he was twelve, he had a lovely life his death was shocking for us but it was quick and his last day we went for a walk and he ate and it was super and just a lovely day and I think we were blessed, it was, it was, I’ve had lots of dogs and I hope I have more but that one relationship lighten our lives you know and we were lucky, we were really, really lucky.

MK: Monty Don, thanks so much more talking to us. 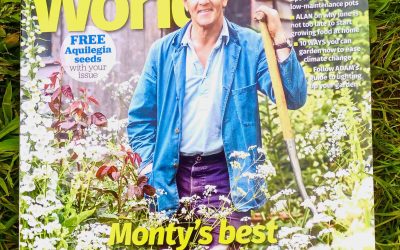 Just a quick post to let you know that the June 2020 edition of the Gardeners' World magazine arrived in the post... 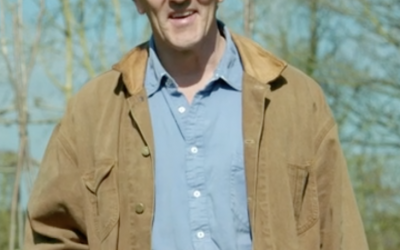 With warmer weather on the horizon, Monty makes a start on getting some tender veg underway, recommends plants which... 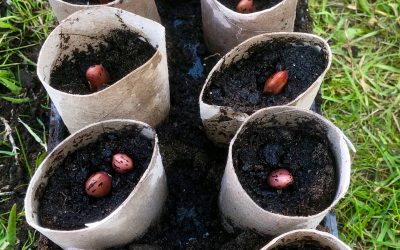 Planting Runner Beans with the children over Easter.

Each year we like to grow runner beans with the children as it's one of those fast-growing plants that keeps them...