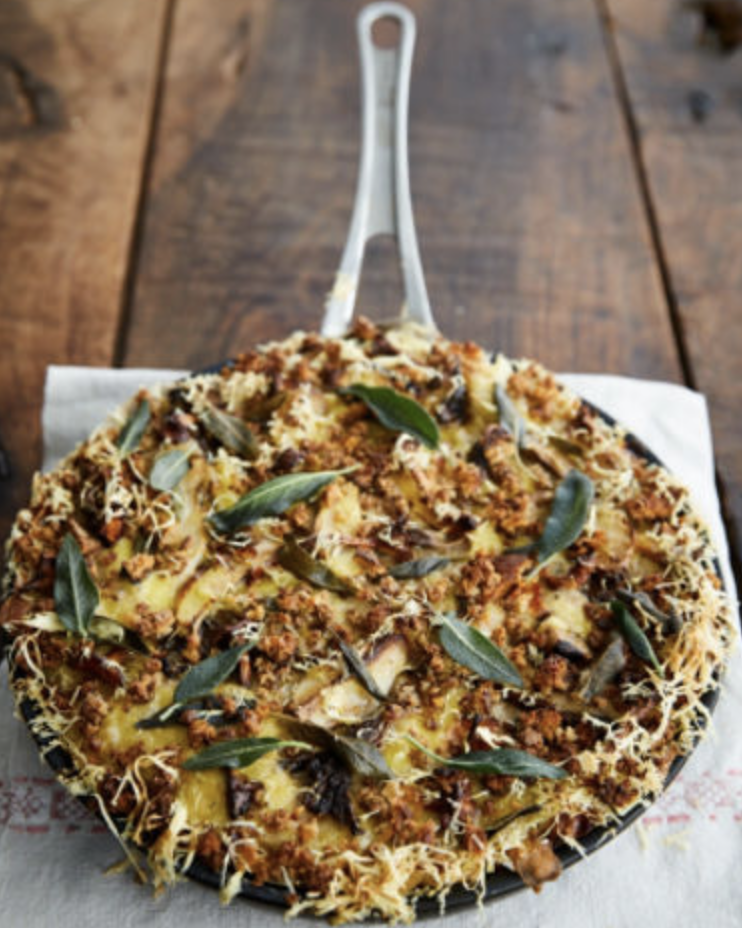 What was the cheese in Jamie Olivers ​vegan lasagne?

Friday Night Feasts on Channel four this week featured Romesh Ranganathan as the guest cook. The show started with Jamie saying he’d found the perfect vegan cheese to make a vegan lasagne but for whatever reason, he doesn’t go on to name the cheese in the programme or indeed on his website.

Thankfully Jamie Oliver himself later provided the answer when he was subjected to a torrent of people on Twitter point out this mistake.

Jamie replied a tweet from Jess asking “Please someone tell me what that vegan cheese on the lasagne was? It looked heavenly!”, with the answer “Hey Jess, that’d be Koko dairy free Cheddar”.

Apparently other comments then go onto say that this is available in Waitrose. Most people say it’s OK but I’ve also seen a few which say it tastes a little of Coconut.

Update: February 10th 2019 – This is now available via Waitrose Online and can be found here.

If you’ve tried this vegan cheese or made Jamie’s vegan lasagne I’d love to hear what you think of them. Please leave a comment below.

Romesh Ranganathan and Jamie Oliver’s on The Graham Norton Show talking about his vegan Lasagne.

← Prev: How to take children on the London Underground ​(Tube) Next: We're already halfway through January 2019. →